There isn't anyone in the world of sports, fighting, or martial arts that doesn't know his name.

Every time he opens his mouth, people listen to what he has to say.

I think you and I have a lot to learn from him.

Why is he so intriguing?

Connor McGregor has the power to predict the future outcomes in his careers and his matches.

In 2014, he predicted he would finish Diego Brandao in the first round, and he did...

In 2015, he predicted the exact conditions he would win his fight against Chad Mendes: "His body is going to be screaming for oxygen, I will keep kicking."

"What are you going to do? You get me down, I'll butcher you from the bottom."

Here's what he said: "I'll bet you 3 million dollar I'll knock him out in the second round."

Guess what happened in Round 2?

One of the biggest announcement was in his title match against Jose Aldo.

"He's too emotionally invested [...] I see him over reacting, and then being KOed unconscious."

The exact thing happened within the first 10 seconds of the match.

Jose Aldo jumped on Connor and lost the match and his precious featherweight title.

Connor predicted the outcomes of his fights, and his deals too.

He predicted what would happen between his two UFC partners, he predicted his sales, he even predicted he would end up as a business partner to his employer, the UFC.

While it can seem arrogant for a lot, Connor is actually sure it will happen.

Today, I want to break down Connor McGregor's confidence, analyse his mindset, so you can adapt it to yourself in interviews and in your career.

There are 3 things that are essential to Connor's predictions:

The first thing is Experience.

When you've done 20 interviews, you somehow know how the interview will end. It's more difficult to surprise you. Am I wrong here?

At my first interview, I was weak, nervous, and messed up everything I was saying. At my twentieth, I knew the interview in and out before it was even happening.

"Okay, now it's their turn to explain to me the marvellous success of their company"

Experience is a repetition of events. When you have some, it's difficult to surprise you. You know the game you're playing better.

However, back in 2008, Connor made a strange prediction: He predicted he would be in a UFC Champion while he wasn't even hired in the UFC yet.

He knew from the beginning.
He knew it when he was a nobody.
How did he do that?

The second thing in Control.

Connor doesn't predict things he doesn't know, he predicts things when he's sure.

Try and look at him during a prediction, nothing tells you he's not 100% sure of what he's saying.

There is no doubt.

I once had a mentor that used to say "Doubt is like gas. Once you let it in, it takes all available space."

Then, there's the secret sauce of Connor McGregor: Visualization.

Connor Mc Gregor is a genius of visualization. Before every fight, he spends hours visualizing all possible outcomes. It's a bit like Dr Strange in Infinity War, but he only sees the one outcome where he wins. He never sees defeat, he only sees success.

He repeats the scenes in his head again and again.
He sees himself in pain, difficulty, and near loss.
And he sees himself win despite that.

When Connor took punches in his matches, he was often smiling.
Not because he was a psychopath.
But because things were happening the way he saw them.
He saw pain, and he saw what would happen next.

Remember the second prediction; "What are you going to do? Take me down? I'll butcher you from the bottom!"

He saw himself being taken down dozens, if not hundreds of times.

He visualized everything and always made sure his head had a way out.

To Connor, Visualization is everything.

Why does visualization work?

Our brain doesn't do a very good job telling the difference between experience and imagination.

This is why when we see a horror movie, we're afraid even though we know it's just a movie.

Our brain is being tricked.

Connor is tricking his brain believing that the events he saw in his head are experience.

That's very useful when you have one shot; like a UFC Title shot.

You don't have the possibility to fight 20 times against the champion, you must do the fights in your head.

No one learns how to fight by watching YouTube fights.

No one learns how to code watching people coding.

I am a big Connor McGregor fan.

As a Krav Maga brown belt, I respect his hard work, ambition, and his fighting style.

I'm happy to share with you his confidence hacks, and I hope you can apply them.

The best way to be good at something is by building habits.

Then, learn to visualize things.

Picture yourself as who you want to be, see the obstacles.

If you don't know, go and ask to people who do.

You must visualize both success and difficulty to be able to make visualization work for you.

👊🏼
If you liked this article and you’d like to further with me, I invite you to join the Think Autonomous’s Daily emails and receive my cutting-edge content on Self-Driving Cars and more! 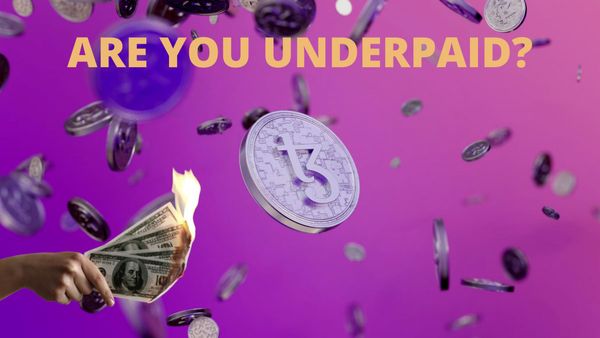