Robotic OS has been widely seen for years as the go-to solution for any company or student building an autonomous robot. As I am teaching more and more people about self-driving cars and Computer Vision, I thought it would be interesting to try and see how we can break the frontier between an online course and the real world…

Most online courses on Computer Vision will tell you how to work on the image, very few will talk about the camera. As I saw a major problem occurring, I wanted to build a course on Embedded Computer Vision using ROS (Robotic OS). 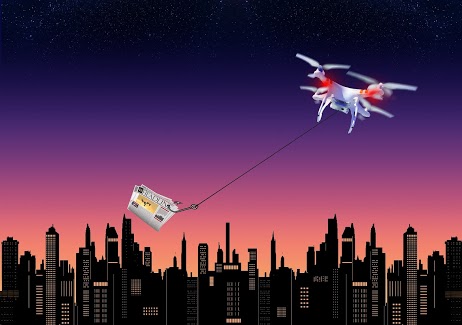 Before we start, receive my daily emails on AI and Self-Driving Cars to help you break into the cutting-edge industry.

For sure, it’s quite easy to find a tutorial on obstacle detection using a Raspberry Pi. So why bother including ROS?

So what do you do?
You can print the detected bounding boxes, you can even print them in a file. But what then? No autonomous robot will ever read files to get the obstacles; it’s just not working.

For an autonomous system to work, you need something like ROS. ROS is the meta operating system behind at least half of the self-driving cars out there! I believe any aspiring self-driving car engineer has to learn about ROS, or the risk is simply to get rejected by half of the companies.

In this article, I will explain how to develop an embedded Computer Vision system that can play a real self-driving car recording (also called a bag), and add algorithms on this; all using a Raspberry Pi.

ROS is using a Publisher/Subscriber architecture like the following.

This architecture makes it possible not to block the system if a module does not respond. Nodes publish no matter if there are other nodes listening.

The course’s project is using ROS to detect obstacles in an image and publish bounding box information.

Here would be the typical architecture of such a project in a real self-driving car environment.

In this image, you can see:

We know that ROS is perfect for our problem: To build a useful obstacle detection algorithm that can be integrated in a real autonomous robot. Our next problem will be to find an embedded platform to use ROS.

The Raspberry Pi has always found a community of edge Engineers who wish to build Do It Yourself projects.
What is it? It’s a mini-computer that is small, performant, and relatively cheap.

As I am building a new ROS course, I got interested in the Raspberry — Can this small device run ROS, embedded Computer Vision software, and be used as a remote platform for my students?

I looked into the Raspberry Pi 4 for a few weeks, I tried to understand how to use this tool the best I could… and how it would be a great use for my problem.

I also tried to see if other more appropriated devices such as the Nvidia Jetson Nano could be better suited. Here’s what I found —

Raspberry Pi 4 vs. the rest

If we are to build a Do It Yourself project, or something like Edge Computer Vision, a lot of possibilities appear.

The last two computers have their own SDK; which means they won’t work right away.

Most Computer Vision and edge devices are very good when it comes to running an OpenCV program, but are they good when we have to work with Robotic OS, LiDAR point clouds, and GPIO sensors? Do they provide the possibility to plug any sensor and just make it work?

This is one of the reasons I looked into the Raspberry Pi. It’s running Linux, has tons of GPIO possibilities, and can be used immediately! It’s more of a tiny computer than the rest because it wasn’t built for AI.

It also has a lot of processing power, and the new 8Gb RAM version makes it super powerful! That, and the low price, are key elements.

Imagine students enrolled in my course want to buy it and try it themselves, a Jetson Nano would be a 200$ investment. The Raspberry Pi 4 costs about 100$, which was great for my use.

If you have the budget, you can probably go for a Jetson Nano or even better, but in our case, the Raspberry Pi 4 can totally work.

If a self-driving car has 4 elements (Perception, Localization, Motion Planning, Control); then we must use ROS to make these elements work together and build a real autonomous system.

Once I had the Raspberry Pi 4, and once I put it in the delightful red and white box, I had to use it with ROS.

ROS is widely used, but there is a problem. ROS only runs with Ubuntu and Debian. The new version, ROS 2, works with Mac OS and Windows X, but not with Raspbian, the default Raspberry Pi OS.

For that reason, I had to change the OS and use Ubuntu 20.04 on my Raspberry Pi 4. I could install ROS Noetic on the Raspberry Pi 4.
This is where the fun begins!

The Raspberry Pi website provides everything necessary to install Ubuntu, but it requires us to choose between a 32 bit version and a 64 bit version. Using the 64 bit version helps using the full RAM of the Rapsberry (8Gb) and not just 2³² bits (4Gb). In our case, it’s can be necessity.

Some problems came, a 64 bit Ubuntu is great, but it doesn’t work with VNC.

VNC (Virtual Network Computing) is the go-to option for remote control.
I don’t want to plug a mouse and a keyboard on my Raspberry Pi. I want to plug my Raspberry Pi on my wifi box and use it on my Macbook Pro. Also, if students ever had to connect on it, it had to work.

Since VNC couldn’t work on Ubuntu 64 bits, I had to use another solution called Microsoft Remote Desktop that uses XRDP protocol.

We’re all set, we installed Ubuntu, ROS, and made sure we could fix any issue regarding the choices we made. We can now start to work with the project.

So what can we expect from our project?

👉 In this project, I chose to focus on the camera aspect, but understand that we can do everything simultaneously.

The first thing I did is to play a Bag File.

A Bag File is a recording of everything that is going on in a self-driving car. We can record camera images, LiDAR data, and many more, and then play it. In my case, I had access to LiDAR, camera, RADAR, and GPS data.

I played the bag, and displayed interesting data. It all ran using 85% of CPU and 1/8 Gb of RAM, leaving plenty of space for the algorithms.

Why a bag file?
When you use a Bag File, you replace the sensors. Instead of purchasing sensors and then going in the street to sense something, I just used someone else’s work and made it work on my computer.

Most Engineers work with Bag Files.
They don’t go out every time they want to test something; they replay the events and see how their algorithms perform now.

My first intuition to teach students how to use ROS is to make them build a node (program) that would:

All of that was possible, the students on the course learn to implement it.

The course covers a lot of concepts and details to build the project:

The course is called START WITH ROS: Build Real Robotics Applications on the edge.

The future of AI is tiny and on the edge.
I didn’t say it, Harvard did on their website. Cloud Computing has allowed us to learn a lot about AI and Deep Learning, but it did hide an important part: the hardware.

In an autonomous robot, understanding the sensors, the hardware, and the platforms you’re working on is beyond mandatory; it’s part of the job.

The course will teach you the fundamentals of Robotic OS, but also important Hardware concepts you must know as an aspiring Self-Driving Car Engineer. It has everything you need to get started, and to keep building great projects on it.

Artificial Intelligence & Self-Driving Car Engineer, Head Dean of France School of AI, and Machine Learning Lecturer.
I started thinkautonomous.ai to help aspiring AI & Self-Driving Car Engineers to land their dream job. Working in the industry of the future requires skills and passion. You can build your skills here, where you'll create relevant projects that are used every day in autonomous robots & AI engines.