Today, I'd like to tell you a bit about RADAR Camera Fusion.This type of fusion has been the go-to for Tesla for years, helping them to even skip the LiDAR and rely solely on these two to get rich scene understanding (from the camera) and accurate 3D information (from the RADAR).If you've followed my Mini-Course on Visual Fusion (or my big one), you probably know that there are two main types of fusion:

The idea: project the RADAR signatures and detections in the Camera Image, and match the RADAR output with the camera outputs (this is what I call late fusion).

And here's a result projection on the camera image:

The white squares and orange tracks represent the RADAR tracking. Once an object has been track, you can see a small green square on the bounding box.

The fusion is achieved EXACTLY as I teach in the "Late Fusion" part of my course VISUAL FUSION: Expert Techniques for LiDAR Camera Fusion in Self-Driving Cars.

And here's the final result!

As you can see, RADAR Camera fusion is doable, easy to learn, and accurate.

📩Thanks for reading this far and if you want, I invite you to join the Think Autonomous mailing list to receive everyday content about Computer Vision for Self-driving cars and learn how to become a cutting-edge engineer! 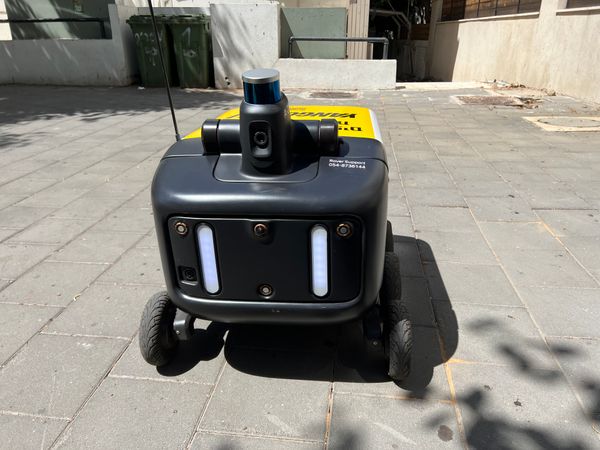