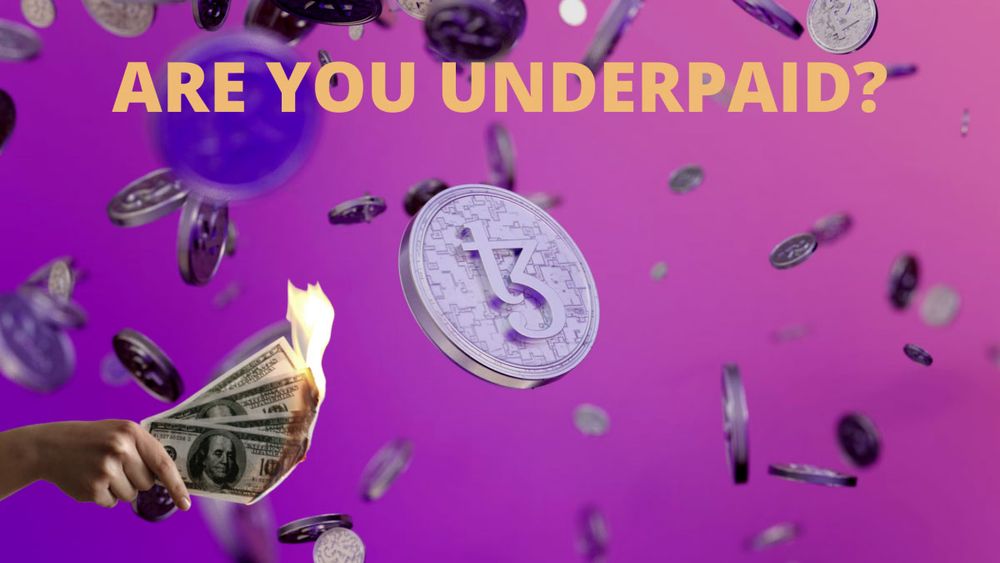 Is Your Computer Vision Engineer Salary Too Low?

Yes. The average salary for a computer vision engineer is about 130k$ in the USA (or something like that). And No, you are probably not making this much, even though you ARE a Computer Vision Engineer (or soon to be). How so?

In this article, I'd like to revisit the concept of a 'salary' for the Computer Vision field. Many computer vision engineers think that the job title can get them 100k, but the truth is, I have been a Computer Vision Engineer in France and I have been paid somewhere around 45k€ per year.

I was a Junior, but it still contrasts a lot with the salaries that you see everywhere, like:

Notice how entry level positions are still paid 137,500 dollars per year while experienced workers get paid 205,000 per year.

In France, the average salary is half that, about 75k€ per year.

If you live in France, you'll find that a Junior Computer Vision Engineer is no better than any other Engineer. You might get paid better than Web Developers or mere "Programmers", but living in France has a cost.

Of course, topics such as Computer Vision, Robotics, Machine Learning, and Self-Driving Cars can get you crazy salaries, especially in San Francisco. I've seen numbers as high as several hundred thousands per year, even millions for the early Waymo Engineers. In fact, in this article, you can see that back in the day, Waymo Engineers were paid so much that they no longer needed to work and quit!

In the US, more traditional developers don't make that amount.

The question "How much does a computer vision engineer make?" makes no sense, because it depends on several factors. What matters more is:

"Do you feel underpaid?"

When searching for my first job, I was offered to join a self-driving car company for a salary of 33,000€. If we take the Glassdoor numbers for France, this is about 15,000€ less than the average. And that's just the average for a junior!

It happens to more people than you think, and maybe even you. So, in this article, I'd like to expose 3 Ugly Truths about Cutting-Edge Engineers Salaries:

Ugly Truth #1 - The best way to increase your salary is to change jobs or companies.

Maybe you'd like to stay in your company because the colleagues are cool and you love it there. But if you are highly underpaid, no matter what you do, you won't get as big of a salary as if you'd change jobs.

👉🏼 Even if you've become a key element, most companies would rather lose you than give you a 30% raise.

I never had bigger increases than when I was looking to change companies. This is something you can almost do overnight, and that can easily get you 5 or 10,000€ more than what you're making without even trying hard.

If you're interested in getting more interviews, I have an article named "How to Unleash The Interview Ragnarok?" that can help you get up to an interview per week until you find your dream job.

But even here, there is a problem: The Low Salary you accepted years ago can follow you like a crazy ex.

For example, one of my clients recently came to me for advice about his pay:

But the crazy part: they refuse to give him this much, because they estimate that it would be a too big increase for his pay and he can't handle it.

Where in the hell do companies decide that you can't make X because you previously make Y in another company? It's crazy, but saying "yes" to a low salary once can get you to be trapped forever!

So a quick tip - never be the first one to tell numbers. This is how it is! We are talking about ugly truth, not convenient lies.

The job wasn't about self-driving cars, but I can guarantee you that...

Ugly Truth #2: You can be underpaid in any industry.

This is the plain and honest truth: being in a high paying industry doesn't guarantee a high paying job. I've had colleagues paid half my salary because they were foreigners and desperately needed the job, and others who made more because they negotiated better; all for the exact same job.

Then, why is Computer Vision hotter than web development? I think you already have the answer, but Computer Vision is simply in lower supply and higher demand; so companies are willing to invest more.

When choosing a job that requires "common" skills, you limit your current, but also your future and maximum salary.

This is why as a Computer Vision Engineer, you'll be paid more if:

But even here, you can fail and get paid very bad, all because...

Ugly Truth #3: If you can't negotiate, you're doomed to be underpaid forever.

And this is how we can wrap up this article. You can leave your job, find companies that hire only the bests 4D Engineers, and actually pass the technical interviews, but you won't do much if you can't convince the recruiter that you should be paid a high salary.

One thing to understand is that humans decide, not AIs.

A recruiter can hire you and accept your salary request just because you have the same hair as her grandmother she just lost (true story 🙃).

If there is one final ugly truth, it's that most decisions are actually emotional, and you need to learn how to make the recruiter's emotions on your side when they decide.

How to increase your Computer Vision Engineer salary?

In this article, we've talked about 3 main ideas to increase your salary:

These are concepts that are hard to get. Especially if you have very common skills, the personality of an engineer, and aren't at ease with job search.

These are concepts I teach daily in my private emails. When receiving them, you can learn how to build intermediate to advanced Computer Vision skills, find your dream job and negotiate a higher salary. Some of my engineers have been able to double their salary, and I believe you can too.

It starts in tomorrow's email, and it's right here.